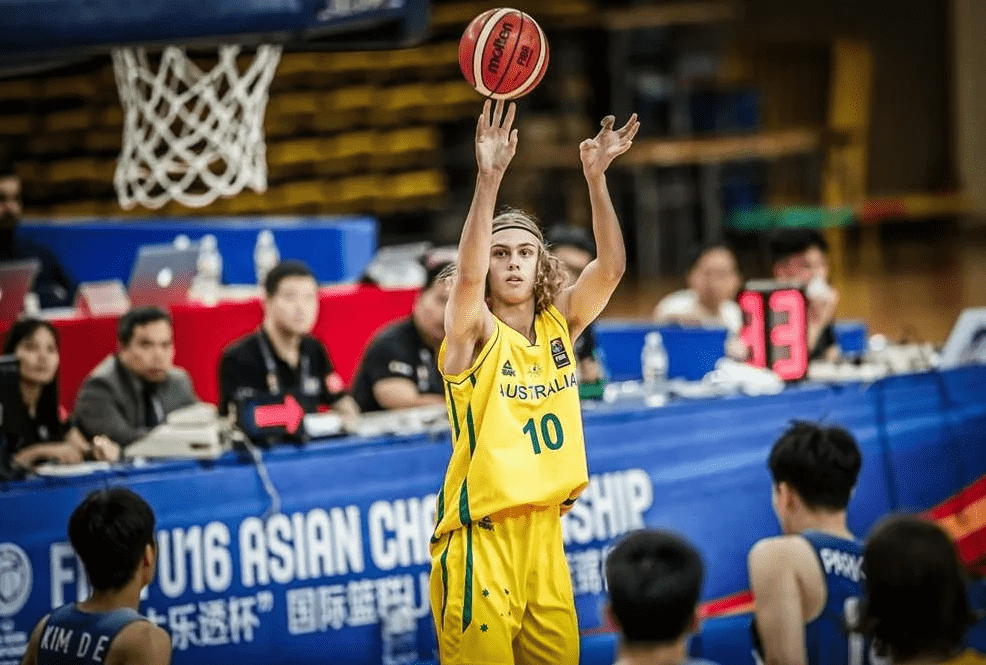 Perth local, Luke Travers has emerged as one of the premier guards in the country over the last 12 months. When Luke steps onto a basketball court you cant help but take notice. His long 6’7 frame, distinct curly blonde hair and seemingly effortless ability to lope from one end of the court to the other paint a picture of grace and athleticism that is rare. His ability to dunk the ball in traffic only further cements this ability. Where Luke differentiates himself from most other players who display this level of uncanny athleticism is he also possesses an understanding of the game well beyond his years and he uses this to fill the stats sheets in every category.

We managed to get a few moments with Luke to find out more about his recent experiences, his journey, future goals and his involvement with Aussie Prospects.

Aussie Prospects: Its been a hectic but successful few months for you Luke, thanks for taking the time to talk to us.

Aussie Prospects: You have just come off a successful U18 Australian Junior Championships where you played a pivotal role in WA Metro winning the gold medal for the first time in 18 years. What do you think set this team apart from others?

Luke: I think the thing that set us apart from the other teams is the friendships we all had with one another, all being good mates really helped us on the court.

Luke: A big difference I noticed is the pace of the game, just a lot of running up and down but also very structured. ​

Luke: Advice I would give for other younger guys coming through is to be confident in your game and be prepared for a more physical game. ​

Aussie Prospects: They say good things come in threes. You have won a gold medal on the international stage at the FIBA U16 Asia Championships and gold at the Australian U18 Junior Championships. With the U17 FIBA World Championships coming up in July are you predicting more gold?

Luke: I mean a gold at the world championships would be amazing but we will just take it game by game and I think the results will come.

Aussie Prospects: In October 2017 you played in the Aussie Prospects WA Invitational Tournament. What are your thoughts on this tournament and what were your takeaways from being a part of it?

Luke: I think this tournament was awesome, it gave everyone a chance to really show what they could do and I think it’s just the start of good things for this program.

Aussie Prospects: You have had an interesting journey from domestic basketball in Rockingham, to being a part of the Rockingham Flames WABL and SBL programs, to representing WA at a national level and also now Australia at an International level. From your experience, what would be your advice to other young aspiring basketball players from WA coming up through the WA pathway?

Luke: Advice I would give younger kids is to just make the most of every opportunity that comes your way.

Aussie Prospects: For such a young player you have achieved a lot! What does the future hold for you and what are some of your goals in basketball?

Luke: My goal is to just go as far as I can if that’s NBA or even a high level Europe league or back here in the NBL.

Aussie Prospects: Thanks for your time Luke, we look forward to continuing to work with you over 2018.