Describing Daniel Foster as a player is as challenging as it is to describe Daniel as a person. He just isn’t what you expect him to be at first glance. Daniel is quietly spoken but is not lacking confidence. He doesn’t smile a lot yet possesses a great sense of humor. He has a long, slender build but plays with grit and physicality. He is a combo guard but rebounds like a power forward. He isn’t explosive quick but rarely ever gets beat defensively and consistently blows past his defenders. He plays with a grace and poise that can come across as relaxed yet he as fierce a competitor as they come. 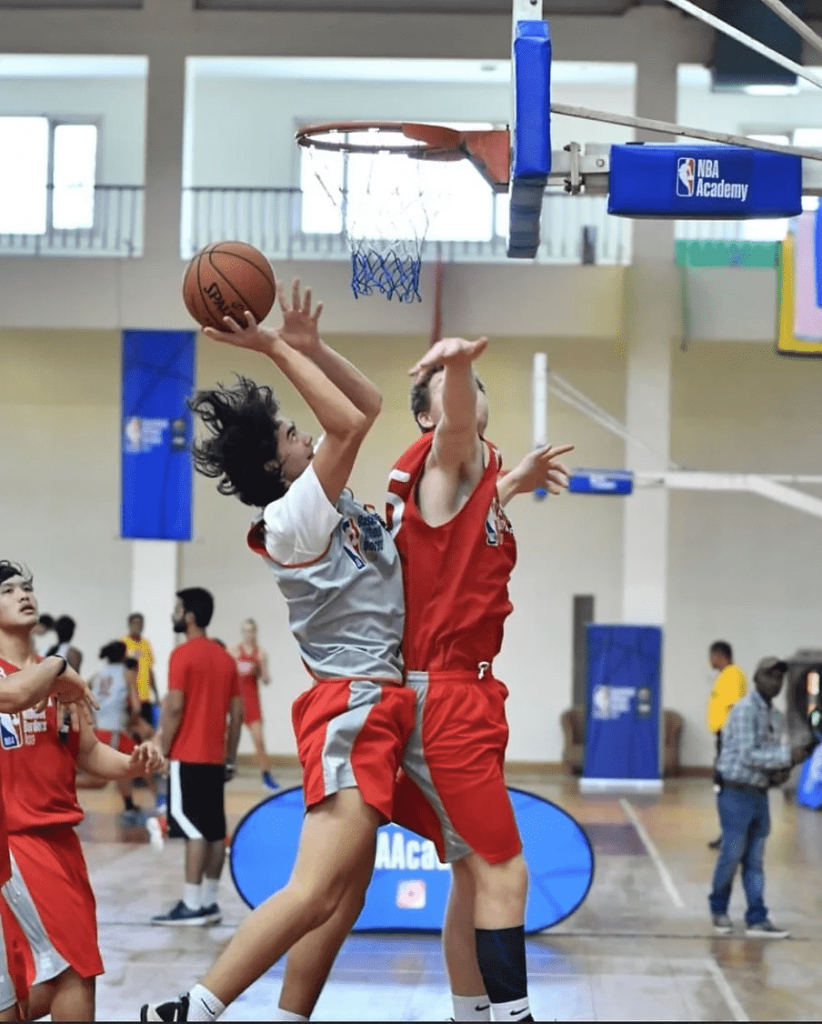 Daniel is a bit of an enigma in many ways but what is evident is that he is a guy that just impacts games and knows what it takes to win. Growing up in his early days in Perth, Western Australia as part of the powerhouse Willetton Tigers basketball program before moving to Melbourne, Victoria with a short stint at the Nunawading Spectres before moving to the Bulleen Boomers, Daniel has had success and shown his talent at every club he has played at. He was also part of the Australian School Championships Gold medal winning team from Marcellin College in 2016. Despite this, there have been plenty who have overlooked him along the way. “He is too small,” “not strong enough,” “needs to be a better outside shooter,” “needs to handle the ball better,” are all statements that have been made to him when not being selected for different teams over the years. None of this stopped him working, continuing to try out and continuing to prove where he belongs. Over the last 12 months Daniel has risen to prominence as one of the elite guards in Victoria and has had the opportunity to represent the NBA Global Academy Australia on multiple occasions and has already received offers to highly regarded NCAA DI programs. We managed to get a few moments with Daniel to ask a little about his journey and involvement with Aussie Prospects.

Aussie Prospects: I know you’ve only recently touched down from NBA Global Basketball Without Borders Asia in India, so thanks for taking the time to talk to us.

Aussie Prospects: You have had an interesting journey as a junior athlete, growing up playing your early years in the Western Australian system and then moving to Victoria where you have worked your way into becoming one of the top guards in the state. What are the main differences you have experienced between playing in WA and Victoria?

Daniel: I think the pace of the game and the on-ball pressure that is played here in Victoria were the two biggest differences I first recognised after moving across.

Aussie Prospects: You recently made your first Victorian State Team and got to compete for Vic Metro at the 2018 Under 18 Australian Basketball Championships where you took home a bronze medal. How would you describe the experience playing for such a prestigious team and matching up against the gold medal winning WA Metro team with many of their players being guys you grew up playing with?

Daniel: It definitely was a great tournament, playing some very high-level games was good fun. Although we lost in the semi-finals to some players that I had played growing up, it was still a great result to bounce back the next day and bring home a bronze.

Aussie Prospects: In March 2018 you had the opportunity to attend the NBA Global Final Four event in Texas where you got to play against some of the elite up and coming prospects from the USA and around the world as well as work with some current NBA coaches. How did you find this experience and what were the main 2 or 3 lessons you took away from it?

Daniel: The overall experience was awesome. I got to play some high quality players while also being around the Final Four atmosphere. While playing I learned that over there they give relentless on-ball pressure which means you can’t be casual with the ball. Also, I defiantly had to adjust to the physicality that they play at so I didn’t get pushed around. And that you have to be able to make good decisions while playing at such a fast pace, try to limit bad turnovers.

Daniel: The tour last year for sure gave me experience in playing the up-tempo, high pace game style that Americans play. It takes awhile to get used to but since being part of the tour last year, I was used to it.

Aussie Prospects: You have had quite a lot of interest from some good NCAA I level programs following the 2017 Aussie Prospects USA Tour, was this something you expected to happen and what are your thoughts about playing College basketball in the future?

Daniel: My goal is to play college basketball whatever that level maybe and the tour last year certainly helped. I wasn’t too sure on what to expect heading into last years tour, but it was a very good experience that gave me some great exposure to colleges.

Aussie Prospects: Over the last 12 months you have had a diverse range of playing experiences and have also developed a lot of new training habits. What do you feel has helped you the most in your training to enable you to go from playing VJBL to Australian Nationals, high level USA Tournaments and then International competition with NBA Global Academy and be successful in each environment?

Daniel: I think just getting lots of game speed shots up and doing game situation drills really helped heading into the trip. Also playing against older people that are physically more developed for sure got me ready for the competition I was going to be playing.

Aussie Prospects: Thanks for taking the time to speak with us and share your journey Daniel. We look forward to seeing you on the Aussie Prospects 2018 USA Tour and continuing to work with you in the future.